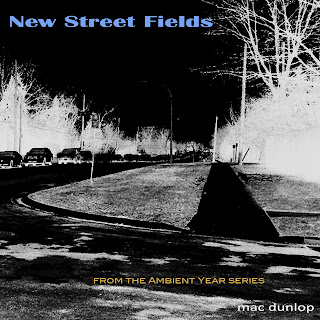 This episode is called New Street Fields because it's a combination of memories, found sound, synthesizers and acoustic instruments. I guess talking about memories comes from the idea that everything happens in real time, but once its happened it always becomes part of the past. So in a sense, with the time lag between our brains and hands say, even though signals might move at the speed of light, we're still in some way distant from being in the moment of the act. Of course action is very important and over time things change.

And the New Street? Well, that goes back to a time when I lived in a place called Burlington. New Street seemed to me to be the longest street in the world when I was a kid.
As a child I used to wander up and down the street, from one end of town and another. But really what I was wandering along was the space between one place and another, because most of what was between those two places didn't exist then, and once it came to exist years later,  those two places became the same place.

So the fields are the sounds of things like winds and waves, bird song traveling on a bus walking down the street, sitting in a cafe. A field of sound, a field of memories a field of recordings, of things past.
And the New? Well, that's all the playing that goes along with it. It's all recorded which is a way of listening to the past too.

The idea of memory and the idea of what happens now, ultimately ends up being the same thing. They both end up being something that happened once, in a time that is no longer here.
n the microbial world we are surrounded by a wight of things that is far greater than anything that amasses in the visible world. A bit like the universe itself, the ever expanding universe in which the earth, for some reason isn't expanding in itself, it stays the same, so in a way our planet is shrinking all the time as our universe gets bigger. Maybe our imaginations do that too, and maybe that's why we have them.

I hope you enjoy the selection, its a contemplation and it lasts about an hour.

"I'm trying to develop a different ambient space by exploring the knock on effects of sound layers within the evolution of themes as they develop."

A couple of years ago my sound was described as a "narrative without words" by Sarah Gosling at BBC Radio 6. That's just the sort of thing I've been trying to piece together for some time.

Another reviewer at Jazz Halo magazine described "the flight of albatrosses, or a flock of petrels using thermals to glide over the ocean for days came to this reviewer's mind as he listened" (ferdinand dupuis-panther) in relation to "Migration in Three Parts"  - which is on the Somewhere Nearby album just released by Off-Record.

I think of these newer live mixes and recordings as 'films without image".

see what you think - all comment or feedback is always welcome,

and thanks for reading through 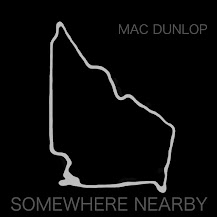 New Album Release: Somewhere Nearby on the Off Record Label