Let's call it the 'Slowdown'

It's been a big year even while mostly working from home. An album release with Off-Record, a new film with Portuguese and English narration, there's even been the garden to look forward to preparing. As well as all of that, I know I've been lucky to have been able to take time to develop the Blauhaus Studio as well. A new 'standing' desk has made me get off my butt in more ways than one ;)

There's also a piano just out of shot, and this array of instruments adds up to the core of my workstation setup. This is where the latest episode of An Ambient Year was recorded and produced, and its slotted in for next week's 60 minute Wednesday broadcast on Source FM (22:00 UT).

None of my gear is the latest or the most expensive, but I think there's more to instruments than that. Familiarity and knowing where the edges are are often more important. My piano is over 100 years old, but its been looked after over its life, you can tell when you pop the lid. That's the kind of thing that makes a difference in the long run.

Hope you can tune in next week, either on 96.1 FM if you're in the FAL'RYN area, or catch it on Source FM

So I'm thinking Slowdown is more like what we need to be doing - "Lockdown" sounds like someone else has closed the door. 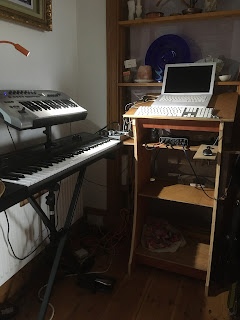 Mac is based in Cornwall UK, where he composes and records at the Blauhaus Falmouth Studio.

- support artists and musicians by purchasing their music directly - 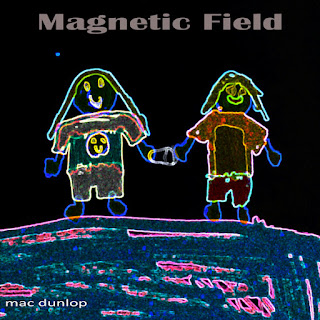 Excerpts from An Ambient Year

Examples of Work by Mac Dunlop